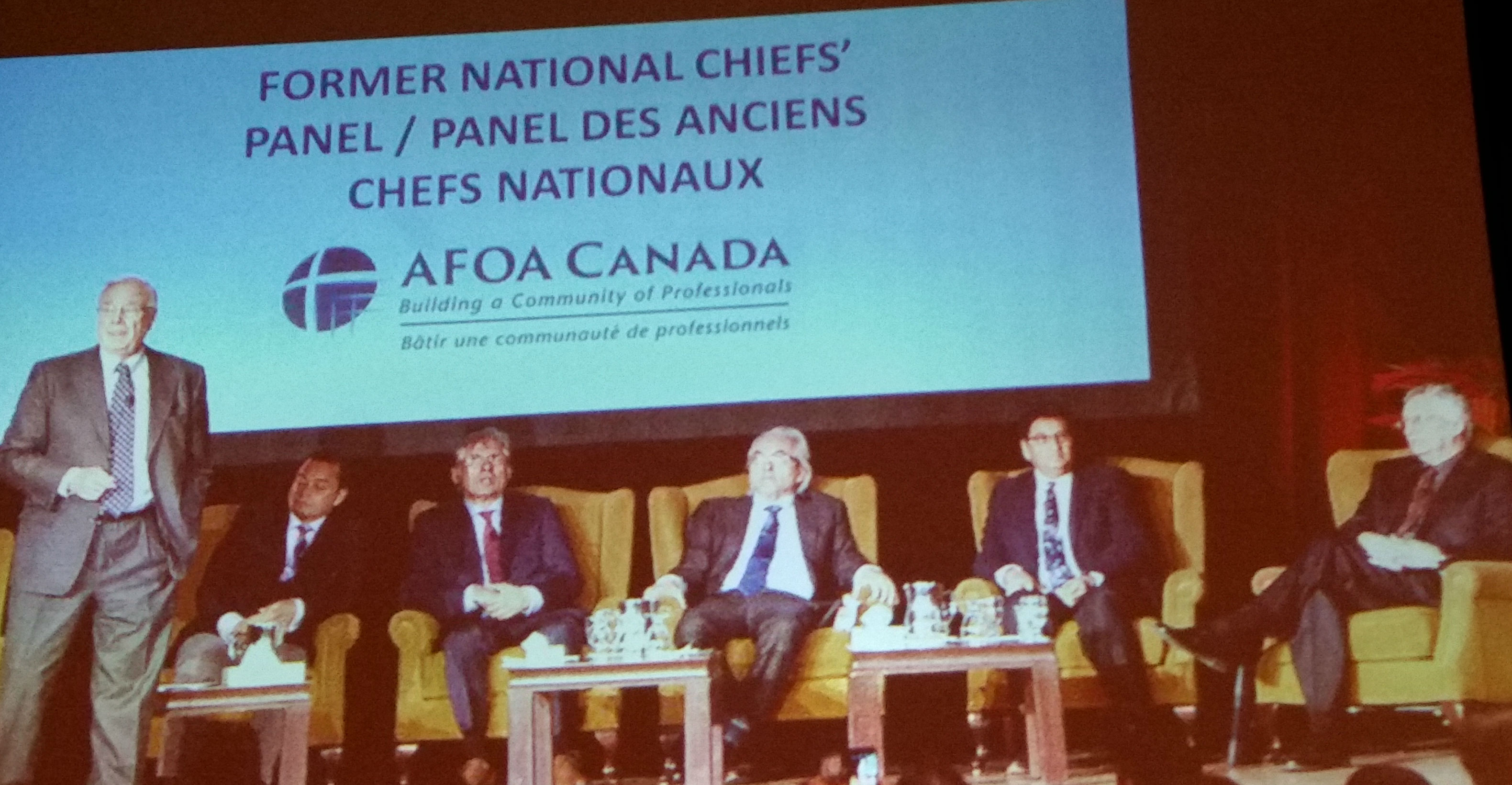 (Published on Huffington Post.)  Thursday, February 18th, I listened with rapt attention to The Right Honourable Paul Martin as he engaged with 5 Former First Nations Chiefs. In the image above, from left to right, they are Shawn A-in-chut Atleo, Matthew Coon Come, Phil Fontaine, Ovide Mercredi and Georges Erasmus. This was our last mainstage panel discussion of a week of sharing and brainstorming to reclaim and rebuild after 20 years of abusive neglect by our Canadian government.

The full title of the AFOA conference was “Leadership and Governance: Transformational Change through Education and Capacity Building”. The messages of hope and transformation rang throughout the week without naively denying what has happened.

The way we have treated aboriginals in Canada is our great shame. This week confirmed to me that they are collectively more forgiving and forward thinking than our previous governments’ racist policies.

I am not new to these stories. While working in youth protection, I saw the pain in families. Also, in 2008, I met Kelly Running-Wolf. As exhausting as it must have been, Kelly patiently, calmly and quietly shared the destruction that residential schools had on his family to all who would listen. It was not an attempt to guilt the white man, but rather to awaken us while helping his people heal. When I worked with clients racked by grief, I learned far too well that healing begins through talking. So, we talked.

A little known fact about the residential schools is that when they were built, these were the only schools in Canada that included a cemetery to bury the children that would die. His sister was in one of those cemeteries.

Despite all he had seen, Kelly managed to walk in the white man’s Christian world with loving forgiveness while keeping true to the spiritual practices of respect and honour of his ancestors. He found healing and sobriety with one foot in each world: as a Canadian and a First Nation member. Eventually, cancer took him from his many friends, but not before he was able to help many, many young people in his community. I know he was with me in spirit this week.

Although I was invited to share my program about conflict styles in the workplace, this was an incredible opportunity to learn more about aboriginals’ concerns and joys. I felt that everything they are asking for is overdue. But mostly, the way these industrious and proud communities could stretch a buck and make things out of nothing was truly awe inspiring.

1-The right to self-determination.

Stop saying that this country was built on two nations, English and French. They were here first and want an equal voice of governance. Colonization of First Nations continues to be practiced in Canada and they are thrilled that Prime Minister Justin Trudeau is sensitive to the previous policies of First Nations extinction and are cautiously optimistic.

2-Education for their children.

According to First Nations Chief Perry Bellegarde, (the nicest guy you’ll ever meet BTW) in Quebec, the government will spend $6,500 per year per child in an aboriginal school.  The English school systems will receive $12,000 per child. The French school system will receive $20,000. They spoke with great hope at the ending of these discriminations in the near future.

According to this CBC report,  400 out of 618 reserves have struggled with unsafe drinking water in a 10 year span. We should fix that.

The last 10 years have been spent in the expensive court systems to fight omnibus bills that ignored land rights and treaties. First Nations believe in using natural resources responsibly for sustainable mutual collective benefit. They have a personal stake in seeing our economy grow instead of dealing with litigation. The new government has committed to reviewing all the laws that have been passed in bad faith and are sitting down to dialogue about appropriate revenue sharing and benefits sharing.

NATO said that Canada listed 6th in standard of living in the world. Our aboriginal communities ranked 63rd on that same list. We have depleted their resources. When they objected to treaties being tossed aside, we have systematically cut their funding. The majority now live in 3rd world country standards. They are asking, ever so nicely, to please stop doing that and make it right.

Today, despite this being our collective shame, the First Nations leaders want to move forward towards healing. Canadians can regain our national pride through dialogue, love and mutual efforts. They spoke of fresh air happening for the first time in 10 years of darkness. In fact, for the first time ever, when the First Nations Chiefs met recently, Justin Trudeau was the first sitting Prime Minister to ever join them at their meeting. He brought along Finance Minister Bill Morneau, whom they appropriately call “Big Money Chief”.

They know their past well and they have a vision of positive leadership for the future. The people sitting around me were bright, educated leaders with an incredible sense of humour. They are ready to heal within their communities and help grow our collective Canadian economy.

A few of the former First Nations Chiefs expressed the dream of celebrating alongside Canadians as fellow Canadians at our upcoming anniversary. Someone at my table said they had never thought like that before but the elevation of respect has put wind under the eagle’s wings. Kelly would have loved this!

I love that dream! Let’s make it happen!

Do you know a company or an organization who wants to increase their collaboration? I’d love to speak to them.