Is it Better To Promote from Within or Outside? 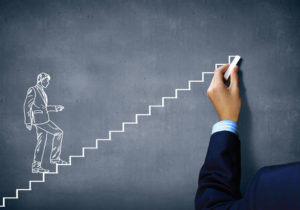 In reflecting on a conversation I had with a Director of Care and her direct boss at a senior’s residence, I was struck by how unaware they were that their attempts in managing communication flow was causing their current communication breakdown.

The new DoC has only been in her position since December and was promoted from within. Communication breakdown has been a terrible problem for several years. There is a history of staff not being told basic information and clients or their family members unable to get information about their loved ones.

In her eagerness to control this long time problem, this DoC decided that all communications would be in writing by email – to her. No emails to the other staff in order to avoid “muddying the waters”. She wants complete control.

When she communicates, the communication seems very precise with far more details than in the past.

Since she is the only one managing it all, she spends time evaluating the order of urgency first. I call this 911 management. You know, putting out fires all day long and never really having an empty inbox.

Not surprising, the staff has been complaining that they can’t do their work because she doesn’t share the information fast enough. Especially if she is away for a day or a week.

Apparently, giving her the promotion was reactionary to needing someone quickly and they didn’t really reflect on pros and cons of only looking within the building for a replacement.

There are great reasons to look at the current talent when a position opens up.

When hiring from within is not planned or is responsive to a sudden exit, there are situations where the organization may not be getting as much value from filling that position.

The new Director of Care was the senior person on the staff when her boss was fired. Despite her previous position, she had a reputation of cautiousness and only communicating with others after she was certain of the whole picture. Not surprising that the delays are occurring.

I was made aware that she has a history of being very good at determining who else to blame when something did go wrong. The current grumbling in the employee ranks is a pre-existing condition.

During our meeting, she made it very clear that she wanted all communication to go through her. Not just to be kept in the loop – she wants to control the situations. She wants to respond completely.

Operating from a position of complete control erodes trust with stakeholders and invites delays, a lot of frustration and unnecessary stress.

At one point in our conversation, she became defensive when I asked her what could she do to go through the emails more quickly. Her complaint was that she had too many emails and it was not her fault she wasn’t responding quickly enough to satisfy the clients. There were too many.

To me, the discussion felt a little like the movie “Groundhog Day”. Didn’t she see how she caused this recurring loop?

Unfortunately, I suspect it will be a rough ride unless she develops more self-awareness that her need for every detail is slowing down communication flow. Not to mention her inability to trust and delegate to her colleagues and employees.

Understandably, the agency was grateful to her that she was willing to step into that role on such short notice.

They didn’t ask me in December, but if they had, I would have recommended it be an interim position until they had enlightened conversations surrounding her blind spots that may hinder her long term success.

This organization’s culture has not improved. It continues its “911 management of putting out fires” and hopes it will get better. Oh well.

Have you experienced being hired from within or seen someone else? What was your experience? 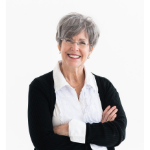